Home » Body Care » What Should You Stay Away from After CoolSculpting?
Body Care

What Should You Stay Away from After CoolSculpting?

CoolSculpting is the new cool kid on the block in terms of cosmetic treatments. It’s popularity rises from it being a non-invasive and non-surgical treatment, with little recovery time.

So, what is CoolSculpting? And how quickly do you recover?

Read on to find out the answers to all your questions.

Is CoolSculpting A New Treatment?

In terms of cosmetic treatment, CoolSculpting is fairly new. It was first devised by scientists at Harvard when they realised that cold temperatures affected fat storage in the body.

They worked on their new invention for a while, before it was finally approved by the FDA in 2010.

At first, CoolSculpting was mainly used by celebrities and the wealthy, due to it being so expensive.

Now, people from every walk of life are able to access CoolSculpting due to it becoming more widely available worldwide, and the price becoming more accessible.

How Does It Work?

CoolSculpting is used to target small areas of stubborn fat that won’t shift regardless of how much exercise or dieting you do.

It is more used for contouring the body in certain areas to achieve a more pleasing silhouette to the patient.

CoolSculpting works by freezing the fat in a problem area, most commonly the thighs, upper arms, under the chin, belly fat and lower back areas.

The fat is placed between two metal panels, which then have the temperature reduced to around zero degrees celsius. This cold temperature freezes the fat cells, which then die as a result of freezing, and the body then removes the dead cells.

Fat reduction in the treated area is usually around 25%, but it is not instant. As the body has to remove the dead cells itself, so the final results will not be revealed until around the six month mark.

There are many companies you can research, like Back to 30 who offer CoolSculpting, and they can discuss all the pros and cons with you.

How Long Does It Take To Recover?

CoolSculpting is a non-invasive and non-surgical treatment, and therefore the recovery time is practically non existent.

One of the many reasons that CoolSculpting has grown so much in popularity, is that there is no recovery time.

So, you can have a treatment and then go around your normal daily activities. Therefore, having a CoolSculpting treatment can fit into your normal day, and there is nothing you are restricted from doing immediately after.

Are There Any Side Effects?

CoolSculpting is considered to be very safe, due to its non-invasive and non-surgical nature, and the complete lack of recovery time.

However, as with all treatments there are some side effects that can happen, some more common than others.

At the time of the treatment, some people experience some discomfort from the pulling of the fat between the panels. The cold temperatures can be uncomfortable initially, but within a few minutes, the area is numb and becomes more comfortable.

After the treatment, many people experience some redness and swelling, whilst others may experience a small amount of bruising, but these after effects should disappear with no treatment within a few days.

Others may experience some numbness or tingling on the skin at the site, and some experience complete loss of sensation, but again these side effects rarely need treatment, and go away on their own within two weeks.

There is a much rarer side effect called Paradoxical Adipose Hyperplasia, which is when more fat is laid down at the treatment site, instead of fat disappearing as it’s meant to. This phenomenon appears to affect men more than women, but no one really knows exactly why this happens.

How Long Does It Take?

The length of time a session lasts depends on the size of the area being treated. Smaller areas usually take around 30 minutes, whilst larger areas can need to be treated for up to half an hour.

As we have mentioned, the full results won’t be seen until around six months, so CoolSculpting is not the solution for someone who wants instant results.

How Long Do The Results Last For?

CoolSculpting is considered a permanent fat reducing solution, and that is sort of true.

The effects of CoolSculpting are permanent, as the fat cells that are targeted freeze and die, and are then removed from the body.

So, in this way, those exact fat cells that we killed can not return, as they have been permanently removed.

However, if the patient gains weight following a CoolSculpting procedure, then fat can reappear in the very areas that have been treated.

If you decide that you would like to try CoolSculpting, it is important to have a thorough consultation with a doctor who can check you are suitable for a treatment, and set your expectations.

Is It Customary to Tip a Med Spa?

How to Prevent Tattoo Acne Without Messing Up The Design? 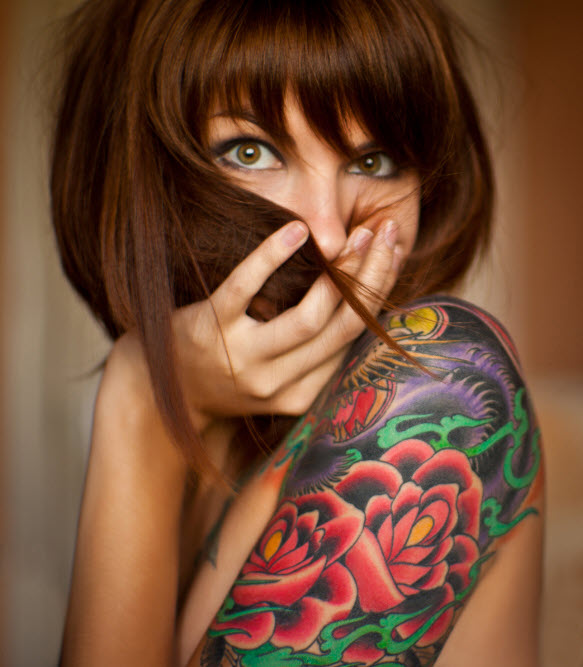 How to Prevent Tattoo Acne Without Messing Up The Design?